A Year long Celebrations (2013-2014) to commemorate the 150th birth anniversary of Swami Vivekananda by organizing various welfare projects – for integrated child development, for the improvement of children’s health by eliminating malnutrition, for empowerment of women, and for alleviating poverty. Apart from major long-term welfare projects, several other cultural and spiritual programs have also been organized as part of the 150th Celebrations such as National Youth Conventions, Seminars on social and spiritual themes, Inter-religious conferences, Exhibitions and Video shows on the life of Swami Vivekananda.

"Be and make. Let this be our motto" - Swami Vivekananda

An integrated children's welfare project, which aims at the physical, mental and spiritual development of children in 150 selected areas in India

Education and Empowerment of Women 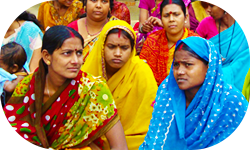 Aims at the welfare, education and empowerment of women in rural areas by providing self-development opportunities 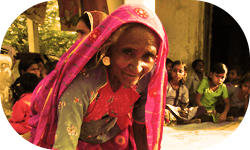